City of Science and Culture 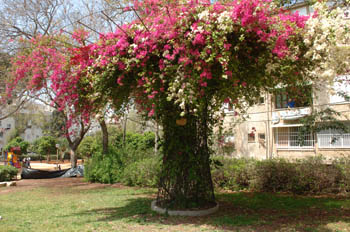 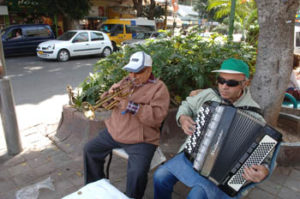 Rehovot is one of those cities that seem to always have flowers in bloom. The foliage is well established with mature trees lining the streets and a sense of lushness surrounds you as you walk through the city. Herzl, the city’s main street, is lined with orange trees. If you are not smelling the fragrant orange blossoms, you are probably enjoying the trees bearing fruit.

Rehovot is a city of newcommers, having welcomed immigrants from Poland, Yemen, Russia, Ethiopia, Morocco, the Former Soviet Union (FSU), North America and many other countries. Evidence of the aliyah from the FSU is witnessed by a large amount of talented musicians and scientists in the city. As you stroll down Herzl you can hear the music played by some of these talented musicians.

Finding parking in Rehovot can be difficult. Apartments with parking “on Tabu” (on the deed) are worth more than those without. Many residential streets do not allow overnight public parking after 5:30 PM unless they display a special permit. These permits are available from the city to allow residents to park on their street as well as certain nearby streets.

Beit Michal is a small children’s library near Yeshivat HaDarom on Rechov HaGra.
08 946-7998

A stone’s throw away from Herzl and Binyamin is the Rehovot city shuk. A crowded maze of pathways host dozens of stalls sell all kinds of food items. Walk through the market and pick up fresh fruits and vegetables, baked goods and a multitude of spices. 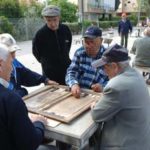 This park in the center of town connects the library, Beit Yad La’Banim and Merkaz. It is a large open space that also contains a park and tables for people to play chess or backgammon. 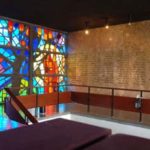 Rehovot remembers the fallen soldiers that came from the city. Over the years over 400 chayalim have given their lives to defend the country. The city has built a moving memorial called Yad La’Banim in the center of the city. Inside the memorial a flame illuminates a wall listing the fallen soldiers. Outside a park with stones lines the path to a sculpture memorial.

Beit Yad La’Banim is part of the Merkaz HaTarbut and also houses an art gallery and theater for plays and concerts. A website also displays the names of the fallen soldiers. 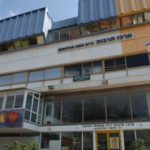 The Municipal Cultural Center, is named after Moshe Smilanski, one of the primary founders of Rehovot and a famous author. This center offers various courses in the arts, workshops, lectures, tours and much more. The center also has a gallery space for shows.

Rehovot was known as Israel’s Citrus capital. The Minkov Citrus Orchard Museum stands on the site of the first orchard.
On the site of the first citrus orchard and packing plant in Rehovot, the Minkov Orchard is a slice of history and a peak into Rehovot’s, and the country’s, past. Best known by the now world famous brand, Jaffa, oranges and other citrus were exported from then Palestine in the early 1900s. High tech science parks in Rehovot used to be citrus orchards less than 30 years ago. This small museum is a salute to Israel’s first ambassador to the world, the Jaffa orange and the citrus industry it created. 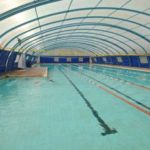 Summers can be hot in Rehovot and although the sea is only a 20-25 minute drive away, many people enjoy one of the swimming pools in Rehovot.

Some pools are pay as you swim, some are based on a general membership that may include a country club type facility.

The Rehovot Moadon for Sport and Culture has a very large pool as well as work-out room, shvitz and snack bar. Annual membership for a family of 4 or more is about 5,000 NIS. The pool is converted to an outdoor pool in the warmer months. Swimming opens at 5:00 am for those that want to get some laps in before breakfast.

Whether or not you are affiliated in some way with the Weizmann Institute, it could have a significant impact on the quality of your life in Rehovot. The Weizmann Institute is an academic research institute and graduate school comprising faculties of Life Sciences, Chemistry, Physics, Applied Mathematics/Computers, and Science Teaching. It spreads over a large area in the north part of town and the beautiful grounds, modern buildings, and world-class science within its gates do much for the status and livability of Rehovot.
There are over 2500 employees including some 350 scientific staff, 700 students, and support and administrative staff. The graduate school and the Institute itself attract a large number of foreign students and visiting scientists, so that the official teaching and scientific language is English.

The Institute houses a number of facilities which would be of interest to the general Rehovot citizenry, including those unaffiliated with the Institute.

The beautifully landscaped grounds are generally open to the public for jogging, strolling, and seems to be a choice spot for pre-nuptial photo sessions There is an active visitor’s center with a program including a short movie, self-guided tours, tours of Chaim Weizmann’s house, and a gift shop.

Varied concerts and plays take place throughout the year in a small auditorium.

There are several cafeteria-style restaurants, one meat, several dairy where reasonably-priced meals can be had.
The Weizmann houses the world’s only outdoor “science garden” with attractions for all ages. Occasional special events, such as star-gazing are held there.

The sport’s center boasts a covered half-Olympic sized pool, open year around, a larger outdoor pool open May-Nov., two children’s pools, basketball and soccer courts, weight room, sauna, classes, etc. Current prices are about $1,000 per year for a family membership, with Weizmann employees and their families paying about ½ of this.

Underground Pool of the Arches – Ramla

Something interesting that is very close to Rehovot is the Underground Pool of the Arches, located in Ramla. The goramla.com website describes the underground pool:
The Pool of the Arches was constructed to serve as a reservoir in 789 CE, during the time of the Abbasid dynasty, not long after the cisterns were built under the mosque. The huge subterranean pool still is intact and full of water. Visitors can rent a rowboat to explore the 400-square-meter pool thoroughly and marvel at its huge stone arches and pillars, which have attracted more than a few modern filmmakers. The beautiful pool has been an attraction for centuries; in Christian tradition, it is known as Saint Helena’s Pool, after the mother of Constantine who was said to have dug it during her fourth-century pilgrimage to identify holy sites.