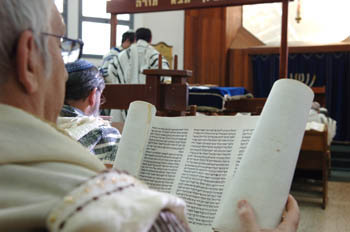 There are lots and lots of shuls in Rehovot and amongst them there are two shuls that have large amounts of Anglos.

The Tiphereth Moshe Synagogue and Berman Community Center is simply known as Berman. It is a dati leumi shul, located on the grounds of Yeshivat Hadarom in the northern end of town. The synagogue currently has almost 300 members and is located on HaRa’az. Berman is a shul that also serves as a community center for the English-speaking, as well as the Israeli modern orthodox Jews in Rehovot. As such, the shul maintains various committees and holds lectures and social activities for the benefit of the larger Rehovot community. Because the shul is on the campus of the Yeshiva it has large open (enclosed by a fence) spaces for kids to play if they are not in shul with their parents. The shul is unique in that it has a regular American style kiddush after davening every Shabbat. and people tend to stay and catch up with each other.

Shul announcements and other community messages are posted regularly via a “Google group” http://groups.google.com/group/bermanshul. Urgent messages also go out to members via mobile text messaging (SMS) or voice mail.

Berman is known to be very inclusive and politics is discouraged,. The membership is diverse and made up of people with different politacal and religious leanings. 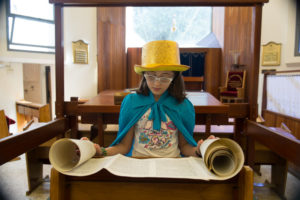 The Yeshivat HaDarom compound is fenced off and is very child friendly. For the young children, the shul organizes a mini-minyan, specially geared to help kids learn about the tephila and parsha.

Berman is located two blocks away from Tachkemoni, which is where the Religious Scouts have their regular Shabbat meetings.

With close to 300 members, Berman is the most popular shul in Rehovot for Anglos.

You can read more about the Berman shul on their website.